For a 24-year-old, you would agree that Apampa Owolabi Oluwadamilola treads where angels dread. Fondly called Dammy Twitch, he is a known name among A-list music stars who rely on him for top-notch music videos.

Currently, he has in his kitty clients such as Falz, Burnaboy, Olamide, Dremo, Lil Kesh, Victor AD, Preto Show (Angila), Perruzi, Mayorkun, and many more.

With a track record of many music videos shot over the years which are ruling the airwaves online and terrestrial, not many would believe Dammy Twitch is a graduate of Economics!

What spurred his love for video production?
He said, “I started playing with photography in 2013 and while at it, I met a lady who was quite impressed and she helped me get some paid gigs. From then, I started getting gigs for burials and events photography; that’s how the hustle started paying early. While doing photography, I also was playing with video editing and in 2017, I got to do some works with Director Q as an editor. By the end of 2017, I kicked off full-on in music video production with my personal brand. As I started, I began actively seeking opportunities to make more and more content.”

Born October 27 in Oyo State, the Ogun State indigene disclosed he later relocated to Lagos State after which he attended Redeemers Secondary School, TAIDOB College for senior secondary and Redeemers University where he earned a degree in Economics.
Reliving the journey of his passion for video production/directing, he admitted working with other creative minds who help with his vision. He wouldn’t forget how he got the name, Dammy Twitch.

He said, “When I started doing this full time as a business, I tried registering ‘Visuals by Twitch’ but the name was rejected by the Corporate Affairs Commission. After retrying, we got D-Twitch. But we are now Polar Films, which is the mother company that will house a much larger business.”

He would not forget the first music video he shot. “The first music video I shot was for Burna Boy and Yonda in 2017. That same year, I was in Senegal and Davido called me to shoot a video for his label, which was Aje. I did that in Senegal. So far, I have worked with quite a number of artistes.

Aside video production, he confessed to doing other projects.
“Currently, my team is working on a platform. Basically, we will be taking pictures of people in different walks of life and telling their stories. With this, we look to tell the story of the country and continent through pictures and captions and help people tell their stories, so that people can make a connection or relate with the situations obtainable on ground here. It’s still a work in progress but will be out soon. It’s our way of giving back to society and expanding on the African story from a contemporary angle. We will put that out really soon,” he said.

So far, some of his works include, Wonder Woman by Davido; Bumbum by Davido and Zlatan; Aje by Davido (DMW); On God by Davido; Red Handed by Dremo, Mayorkun and Peruzzi; Majesty by Peruzzi; Ringer by Dremo;
Bigger Meat by Dremo and Taya by Mayorkun.

Still single, his hobbies are woven round his work.“I used to play basketball, see movies and videos when I make out the time. It always opens the eyes and feeds the imagination. I am generally an introvert and I don’t do a lot of going out. Since I started out full time in music video production, I have had little time for anything else. I spend a lot of my time traveling between locations and making sure all pre-production requirements are in place. I spend any extra time I have getting educated/training in this business. There is always something new to learn.”

Explaining his family’s reaction to his choice of career, Dammy Twitch said, “When I rounded off my degree in Economics, my parents wanted me to get a job in my field of study but I had other interests. Everyone kept feeling like they were doing me a favour because they were getting me jobs I never wanted. However, I had been playing around with video editing while in school. So, when I graduated, I kept training and taking any gig I got (whether it paid little or not), basically because I wanted to keep improving the level of work I could put out.

As a video director, his take on Nollywood hinges on budget and the need to put in more resources.

He said, “I feel like Nollywood has grown really fast within a short time frame. We are all in the entertainment industry producing video content, but Nollywood is about full-on movies and music videos are quite different from that. Movies have a longer project timeframe, bigger budget and serve a whole different purpose from music videos. I applaud Nollywood directors that are pushing the limits and doing things that haven’t been done before now. Budgets have to be improved generally if we must match our peers at Hollywood and a lot more support has to be given to all video content producers. We all will keep doing our bit to drive the African narrative through entertaining content.”

He wouldn’t hide his resentment in the industry he finds himself. “First is the low level of collaboration among directors and producers. Then there is the unnecessary competition between music video directors, when in fact we should be collaborating to improve the output of Nigerian music video content,” he opined.

Not done yet, Dammy Twitch explains further: “There is a low level of support for our industry. When people think videos, they think movies. While that is not a bad thing, we should also consider that music is one of the biggest means through which Nigeria exports culture and video producers/directors are responsible for crafting the visuals that make this music more appealing.
Also, budget is always a conversation. Sometimes you finish a gig and do not have much to show for it in terms of profit, but we keep it moving. The more I work, the luckier I get.

“We also aren’t evolving as fast as our counterparts in the United States. In order to push myself, I have pushed to work with big international labels and trust me, it has been a whole different experience. They have requirements that can be quite intimidating for a person who started out like me. This experience showed me that we have a long way to go as an industry. It also got me to up my game and to keep doing that. I have gone on to work on projects with Sony Music, Warner Music and I am currently working on a project with Universal Music. I have had to learn really fast to meet their requirements. I’m happy this makes me push myself all the time.

He confessed to rejecting some gigs. Why? 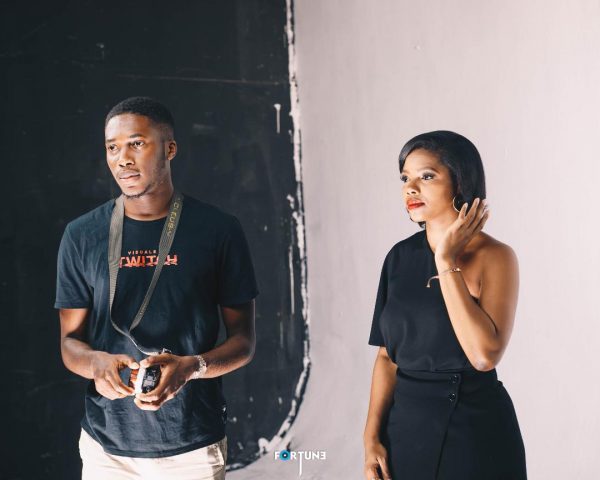 “An artiste once reached out saying he wanted to produce a music video with people twerking from the beginning to the end and that didn’t tie back to the music in any meaningful way. I tried to make him see a better angle but he wouldn’t bulge or listen. I had to decline that gig because it ultimately could be better than that. I have also rejected a gig based on budget constraints. When a client’s demand does not match the budget, we can improvise but sometimes people push it a bit too far. They over-expect while underpaying,” he said.

His greatest skill set? He answered, “I would say directing and video editing. I love cinematography but I’m not keen about carrying cameras. I’d rather direct the video shoot and then sit for post-production. I also play the role of Director of Photography and get to carry the camera sometimes. But my core strengths are in directing and editing.”

How does he react to negative comments regarding his work?
“I laugh and walk away. I don’t even reply. Someone can insult you online, yet sees you in person and gets quite excited and probably hail you. If you don’t like me and you can’t say it to my face, then you really have a problem. I don’t like to stress this,” he responded.

His observation on distribution of video content in Nigeria is a sad tale. He believed, “Our people don’t spend on distribution/promotion. If you spend X amount on content creation, you need to spend double on promotion. That’s what most artistes and labels don’t get. If you do great works, you should spend double your budget on distribution. Distribution is a key aspect of the growth you aim for as an artiste.

In five years, where does he see his business?
Dammy Twitch replied, “We have only just started. In five years, my company should have moved the world’s expectation in the video content production landscape. We look to do movies too but not immediately. We would like to have achieved specific landmarks in music video production before we venture that way and it really is happening fast.” 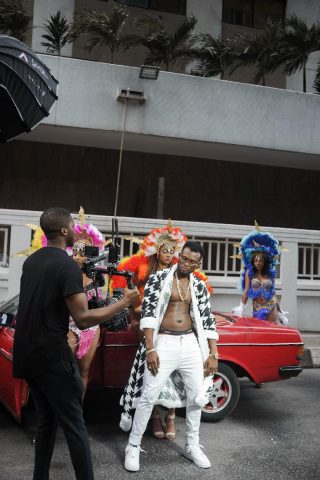 His routine before going out to shoot is simple: “I do the normal checks with the team to ensure all plans have been executed. We check to ensure all equipment are available (there’s nothing as frustrating as not having equipment ready and on standby when you need them during a shoot). We also pray it doesn’t rain – rain is hardly a plus for your shoot. True, it can work for you, but in most cases it disrupts the process. 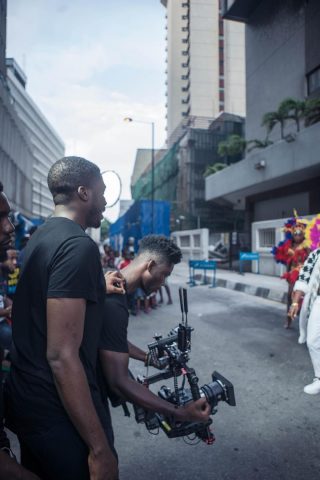 Advising up and coming video production personnel, he said, “Pick up what you have and start doing the work. Pick up your phone and shoot something. Edit it, watermark it with your handle and put it up online. You have to keep doing and learning because when an opportunity comes. It is what you have done that you will show and it is what you can show that will win you the gig.”

JUST IN: UN calls for action over alarming education crisis

JUST IN: UN calls for action over alarming education crisis

There are no upcoming events at this time.